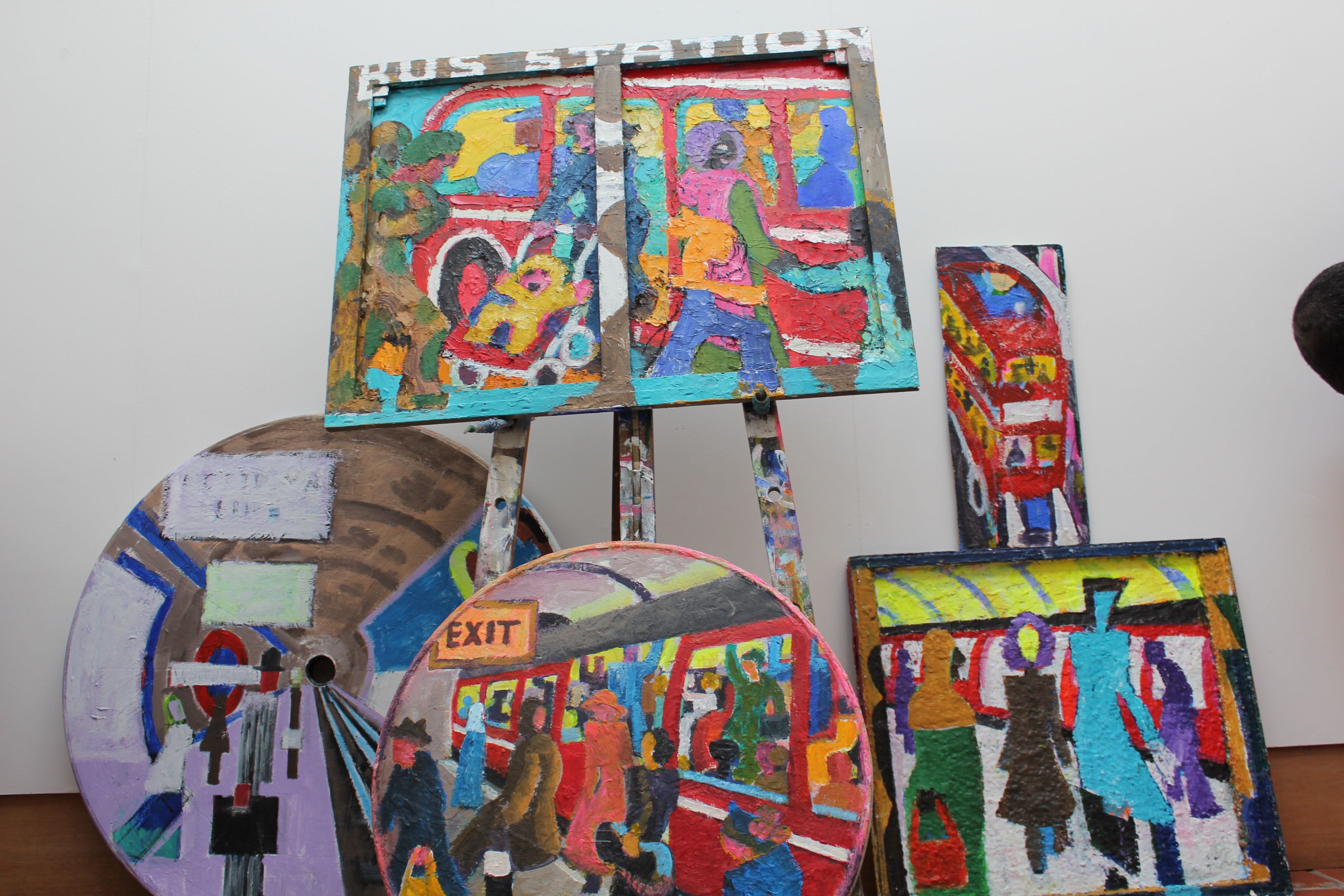 MOVEMENT proudly presents recent paintings by Peter Carey that use pentimenti, or painting over, as a system of production. The word derives from the Italian Pentirsi meaning to repent and several of the paintings have been altered over a period of nearly 30 years. This is evidenced by the bumps and fluctuations on the surface. Since the initial selection, several pieces have already been altered and re-worked in the gallery by the artist. During the exhibition more works may possibly be produced, added to, or changed entirely. Peter Carey paints daily with an inexhaustible enthusiasm, every room in his home has become a studio, covered floor to ceiling in paintings. He doesn’t stop there however, walls and furniture and even his TV/HIFI are incorporated into his paintings to create a live-in installation. This is by no means a static museum but a continuous flow of new appropriations, changing so frequently that it becomes almost impossible to pin-down or archive. The work is essentially figurative and the subject matter relates memories of people and events in his own life with an active concern for the current socialpolitical climate and an idealistic hope for the future. In this exhibition, new content refers particularly to the movement of people through public space, via public transportation and the relationships formed between them. Peter Carey lives in Worcester and his home is available to view on Thursday afternoons during October, please contact MOVEMENT if you wish to book an appointment.