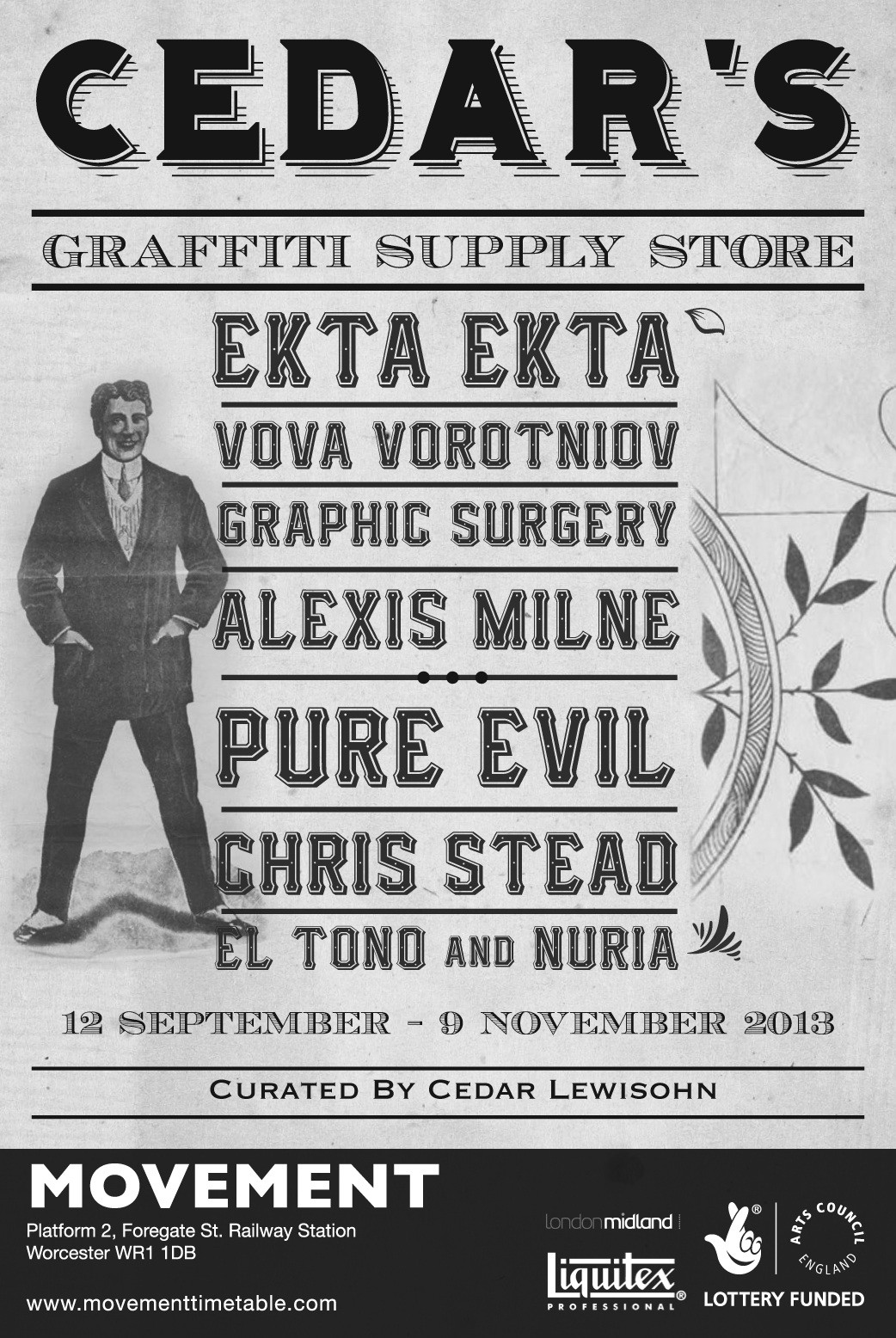 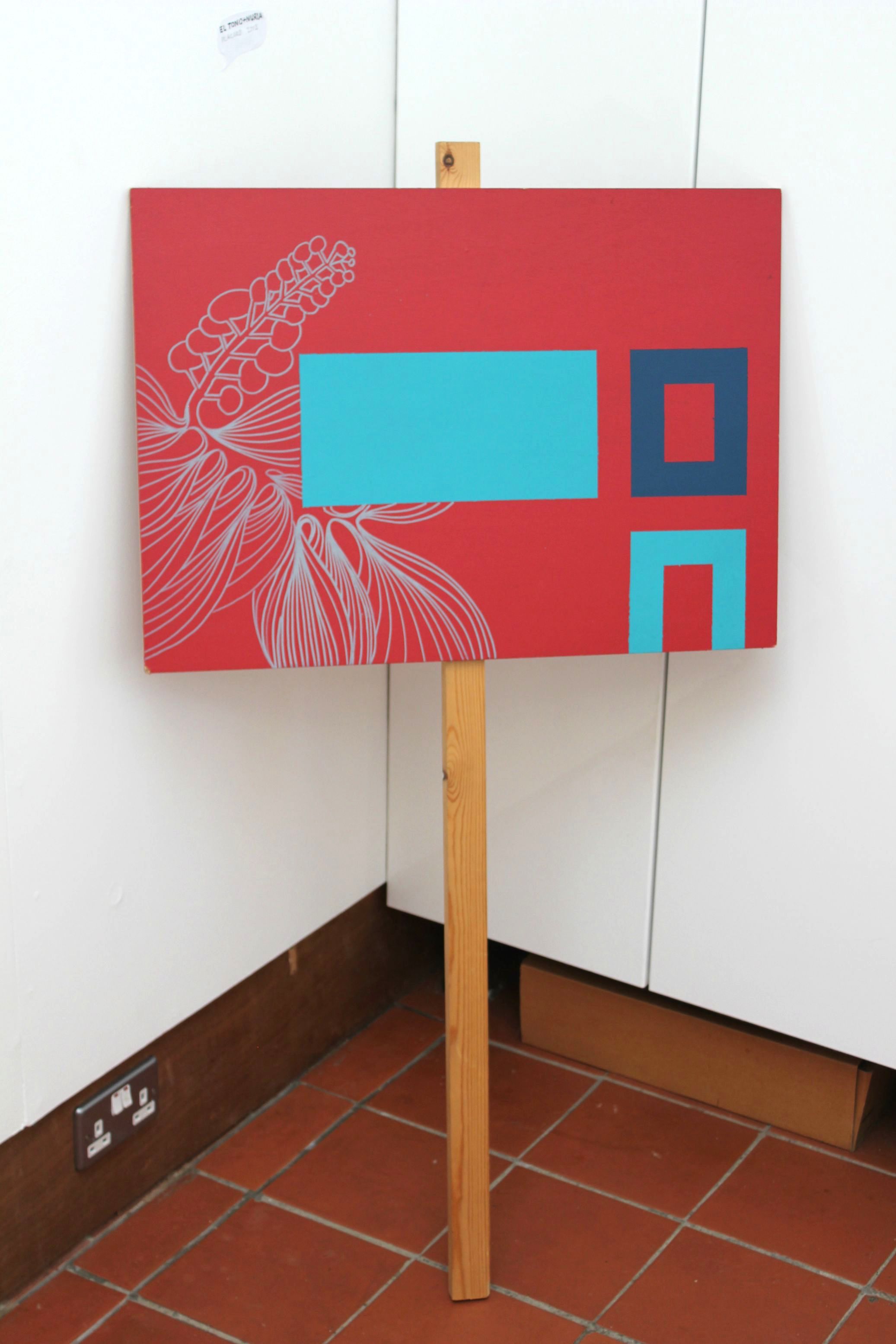 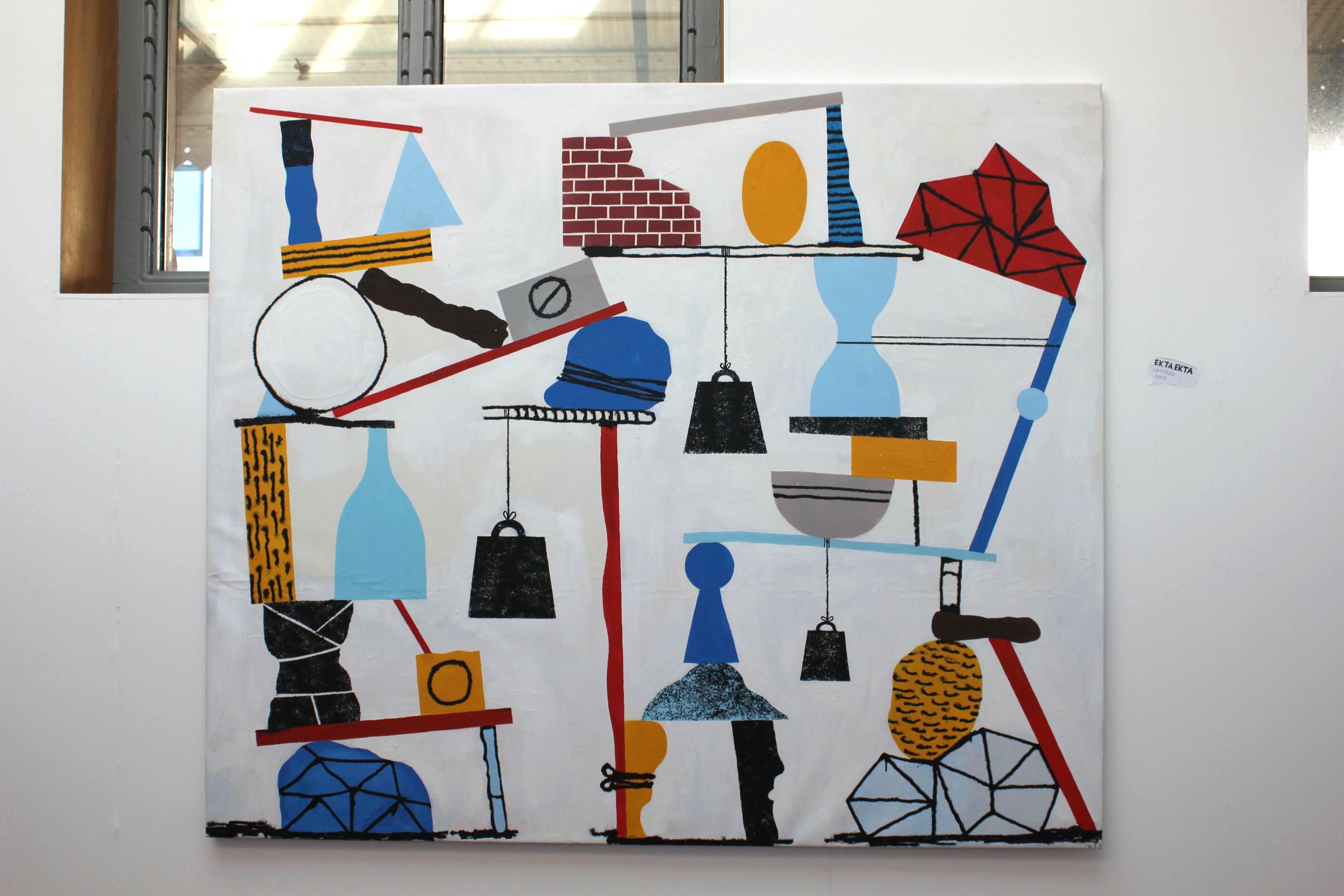 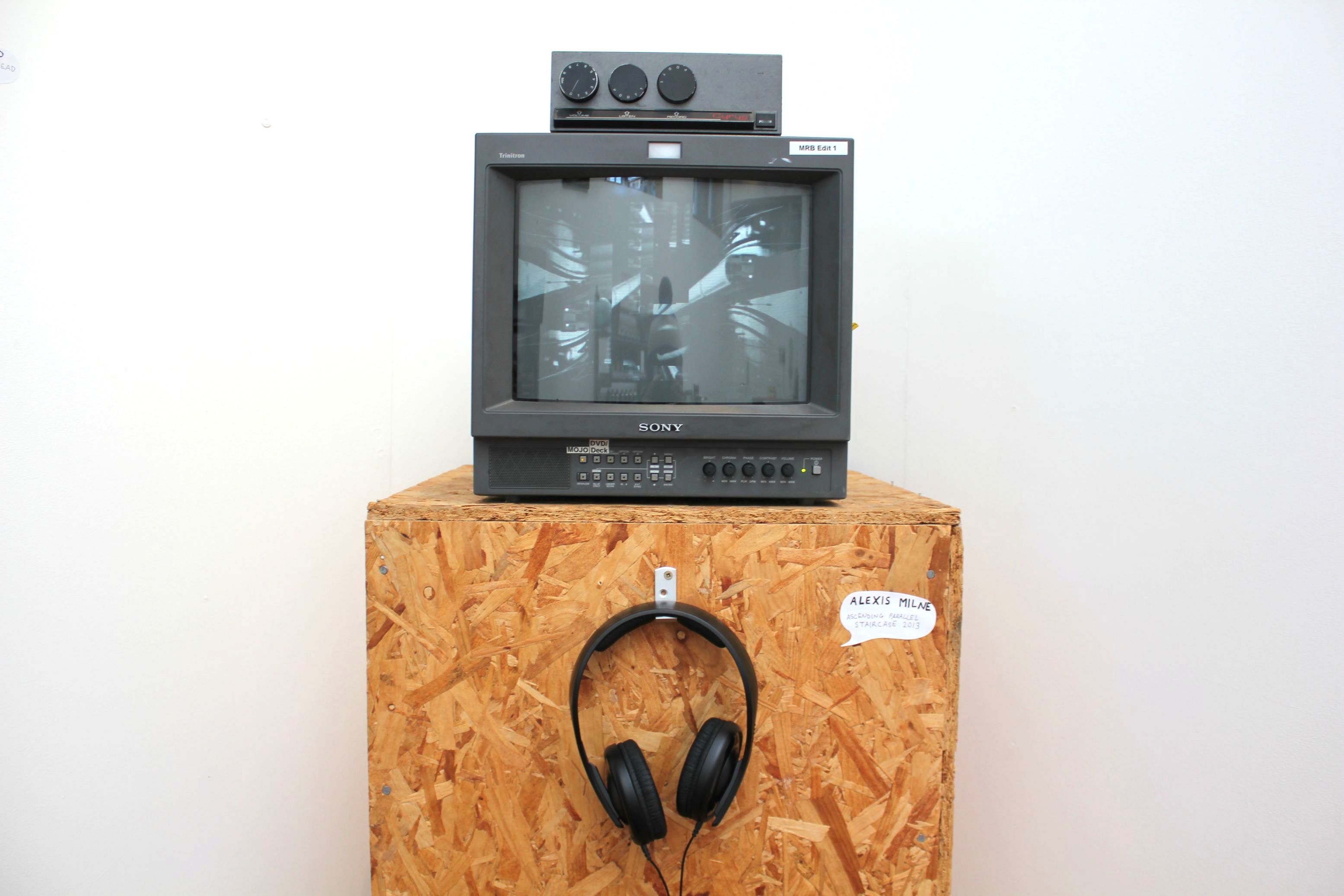 MOVEMENT proudly presents Cedar’s Graffiti Supply Store, a conceptual supply store set within the context of a public gallery, featuring specialist paints, markers, video and publications that are commonly found in stores of this type.

The project aims to set up a dialog between the underground sub-culture of graffiti writing and the gallery’s location on a train stain and is in part intended to offer an insight in the world of graffiti for the commuters who use the station and gallery. 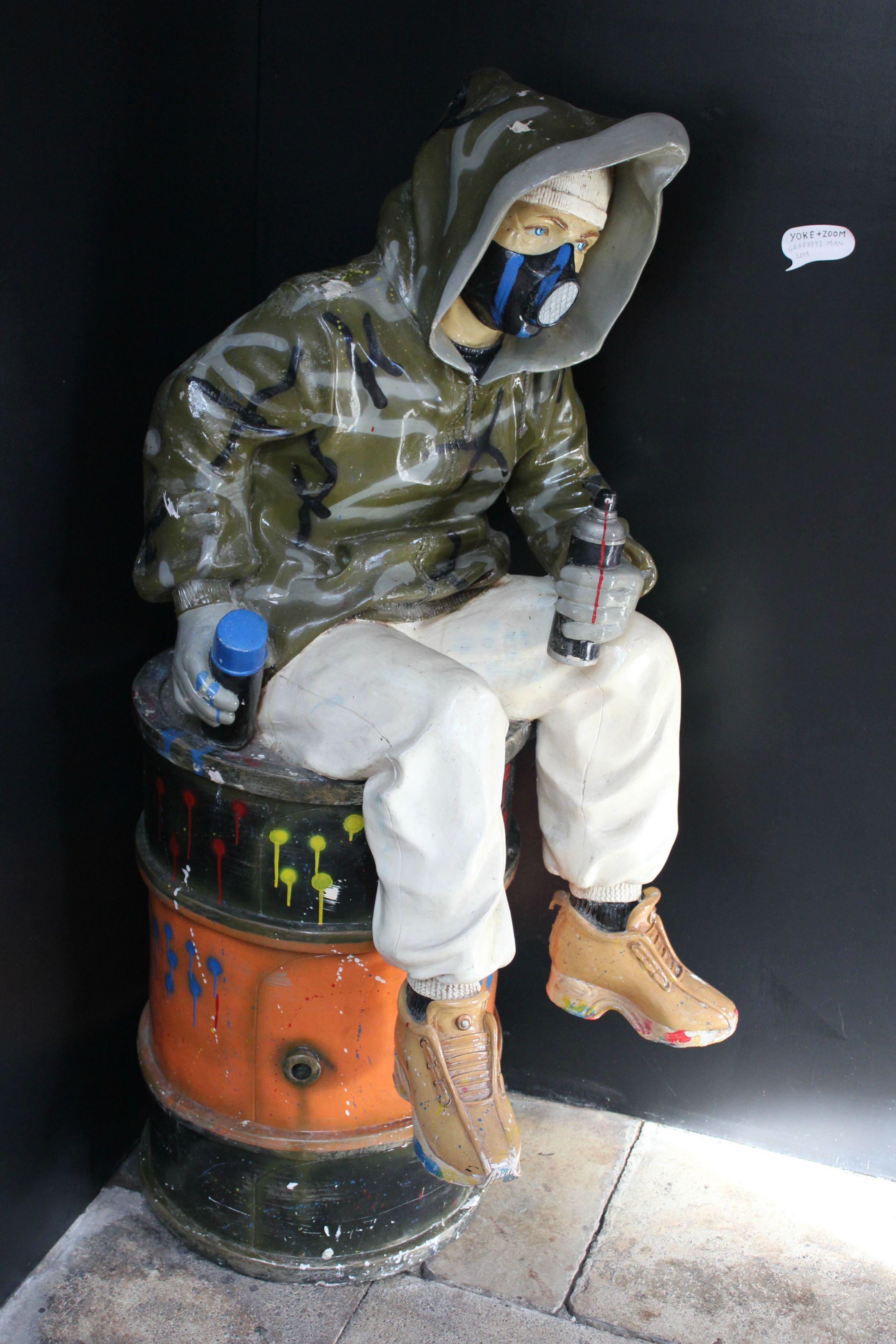 As you enter the gallery you will be greeted by a sculpture of a graffiti artist found and borrowed from Treasure Island, Stouport, by artists Yoke and Zoom.