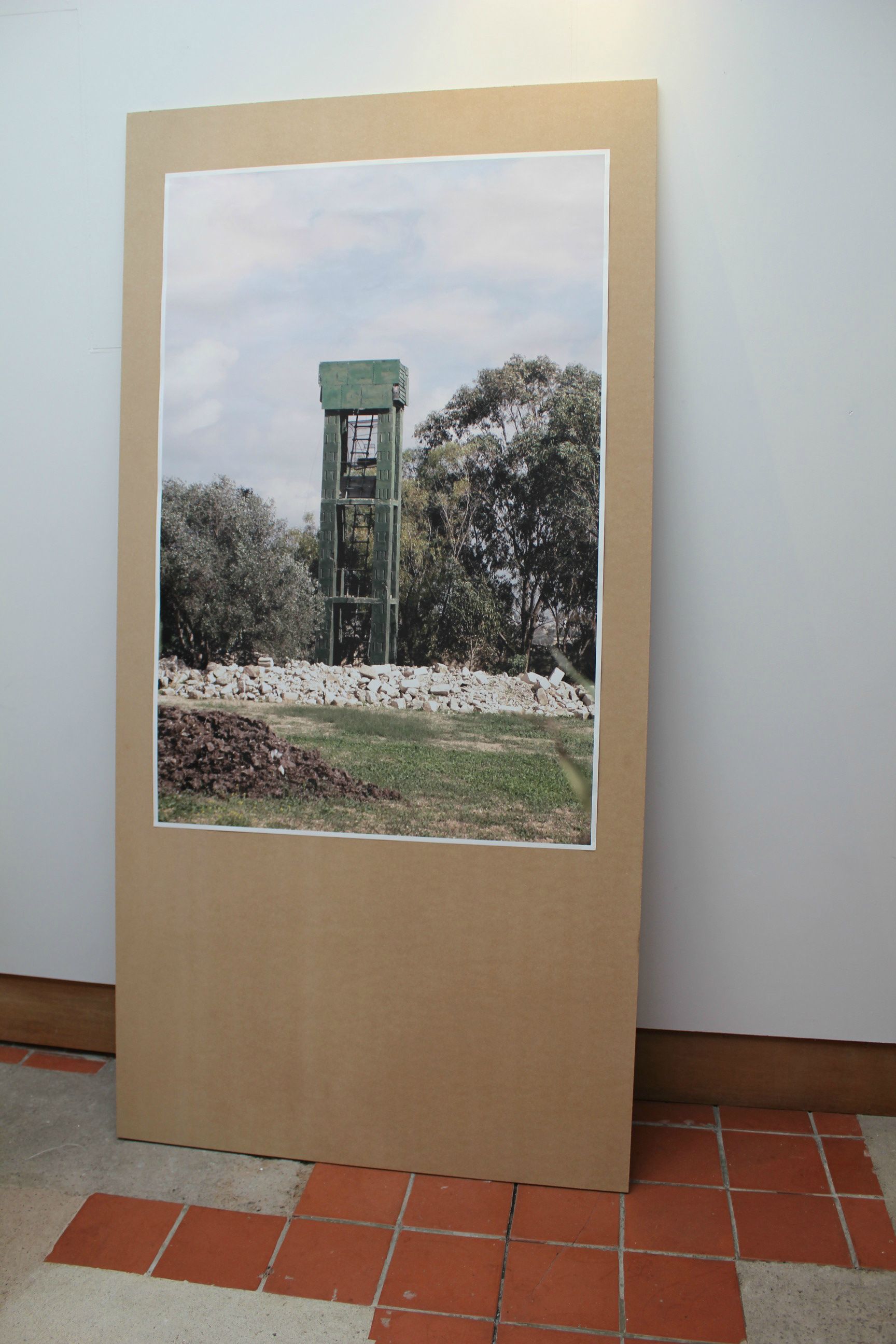 Movement proudly presents an exhibition of new work by Mark Mangion; A New Topography proposes a human sense of conflict to a change in form, whether through the documentation of an architectural intervention on nature or a metaphorical allusion to political change and revolutionary states of society and culture. Focusing on a static representational image, using photographic and film based ideas of portraiture as a focal point, two separate bodies of work, function side by side while contrasting one another simultaneously. In Hunting Towers (2010), Mangion sets out on a sequence of walks in 2010, carefully mapping out every hunting tower in his native Malta and Gozo, in a series of photographic architectural portraits of this landscape. Hunting being one of the most topical issues on the islands with a string of aggressive actions and demonstrations supporting it, has on several occasions shed a bad light on these Mediterranean islands. In Hunting Towers each tower or hide is custom built and unique. The structures make use of a low-fi, cheap DIY monolithic aesthetic and the aggressive Eucalyptus tree, creating a new topography to a hard rocky landscape. It is this juxtaposition of a quasi-architectural folly and aggressive appropriation and demarcation throughout the landscape, creating an almost theme park affect. In The Walk (2011), the artist travels to Tunisia in the immediate aftermath of the Tunisian Revolution. Loaded with the potential to document a volatile reality, instead he focuses on a portrait of 2 prominent figures from a new generation responsible for kicking off this first revolution, using the idea of the freedom of the walk through the downtown centre where a lot of the crucial action that toppled the ousted regime took place. Mark Mangion (1976) lives and works in Paris & Valletta. He studied Fine Art at Parsons School of Design, New York and at The Royal College of Art in London. Recent exhibitions include Fleurnification, The Modern Institute, Glasgow, Geography of Proximity, MCA, Malta and Arrivals and Departures_Europe, Mole Vanvitelliana, Italy. In 2004 he was awarded the Serenella Ciclitira prize at the Royal College of Art, London and was short-listed for Becksà¼s Futures film and video, ICA, London. He is also founder and director of the non-profit contemporary art foundation, Malta Contemporary Art, which to date has hosted 17 exhibitions involving over a 100 international artists and curators.